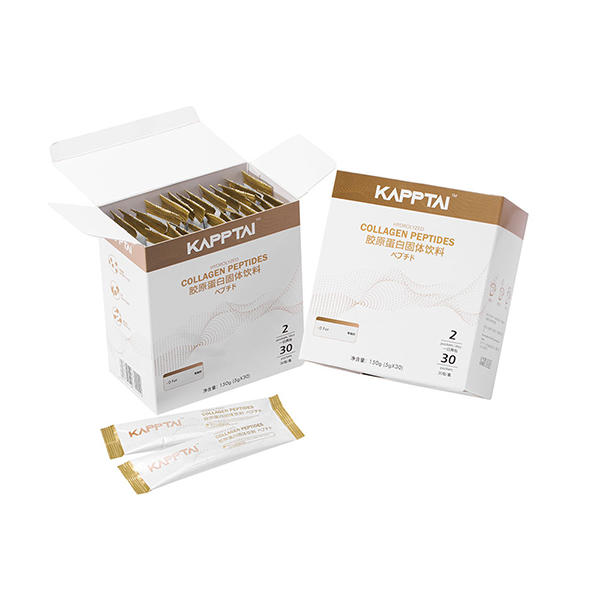 
Send email to us

Collagen peptides contains more than 18 kinds of amino acids, nutritious, and easy to be absorbed, has been applied to the drinks, cakes, candy and other products, in a food thickening and emulsification, and increase the easy digestion and absorption of protein content in the food, have dietotherapy effect, promote healing of mucous membrane in the body, improve blood phase, also has significant curative effect for whole blood reduce bleeding.

Collagen peptide, mainly extracted from fish, cattle and pigs, has a smaller molecular weight than the collagen naturally found in human and animal bodies, and can be absorbed directly by the human body.

Our daily stewed pig trotter soup, meat skin, chicken feet and so on do contain rich collagen, but not by the small molecular peptide we can directly absorb.

In addition, studies have also pointed out that the rate of synthesis of collagen by absorption peptides is higher than that of free amino acids.

Collagen peptides, extracted from natural collagen, are widely used as a functional raw material in food, beverages and dietary supplements for the benefits of bone and joint health and skin beauty.

At the same time, collagen peptides can also speed up training recovery for sports enthusiasts or professional athletes.

Scientific studies have shown that collagen peptides, when taken as dietary supplements, can simultaneously accelerate cell regeneration and growth in the human body, and the biological rationale behind these health benefits is emerging.

Collagen peptides are all composed of short peptides, which consist of between 2 and 20 amino acids.

After ingestion, some collagen peptides undergo important enzymolysis in the body. Digestive enzymes break down these short peptides into smaller forms such as dipeptides and tripeptides, so that they can be more easily absorbed by the body and measured in the blood.

Write your message here and send it to us